Sleep or lack thereof is a big topic in our house. It would be impossible to cover it all in one post. So I am just going to start at the beginning…

It has always been difficult for Livi to fall asleep and to stay asleep. Judging from how active she was in my belly when I was pregnant, I think she even had trouble sleeping back then.

I mentioned before that she was a hyperactive baby. Now she is a very busy toddler and even more active than ever before. That very same characteristic is what makes it so hard for her to calm down at bedtime.

I have seen babies who just fell asleep once you put them in their bed. They also slept whenever, wherever as soon as they were tired. I have seen others who needed to be rocked or swayed for a little while. But once they were asleep, you could pretty much do anything with them.

And then there is Livi: for the longest time after she was born, we had to walk her and rock her and nurse her for well over an hour until she was deeply asleep and even then we could not always move her to her bed. It also often took longer to get her to sleep than she would actually stay asleep.

Many times, she would just sleep on top of me. Or if we did manage to move her to her own bed, she was usually awake thirty minutes later. It took many months before she would sleep longer than an hour at a time and many more months before we were able to sleep two or three hours without her waking up again.

Friends and family would tell us we were starting a bad habit if we rocked and walked and rocked some more. And they may have been right except there was no other way to get her to sleep. And believe me, we tried. Once the exhaustion became hard to handle, we tried anything we could find or think of.

The problem is, Livi fights sleep as hard as she can no matter how tired she may be. She is falling asleep nicely, her eyes so tired she can no longer keep them open, and yet she is trying to stay awake as if her life depended on it.

But that is not the only problem we face; she is also very sensitive to stimulation when she sleeps, just like when she is awake. The slightest sound can wake her and so once she is asleep our house becomes very quiet. No showers, no TV without headphones, and we use white noise to drown out any other sounds.

She still faces the same sleep issues but she has become a better sleeper over time. She “only” wakes up twice now and she usually falls asleep faster.

We still need to keep the house quiet at night and we have to use an elaborate sleep routine to calm her down. But compared to where we started, we all sleep much better now. 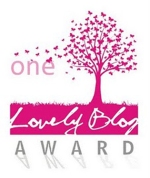